“I think [the Vietnam War] clearly caused us to debate and consider things that we wouldn’t have debated in a more peaceful time. There were deep and important issues that the war forced us to confront and I think it helped us mature” -Susan E Brody ’71

For many students, being at Reed was a luxury. Not only were students able to receive an education and an “enormous amount of freedom to define [their] own experience,” as observed by Susan Brody ’71, but their enrollment in the college also allowed them to avoid the Vietnam draft in the late ’60s and early ’70s. With the weight of this knowledge,  many students felt an obligation to participate in Vietnam War protests.

For some that meant taking to the streets.

Many students participated in direction action campaigns throughout Portland. For example, in October of 1966, twenty members of the Reed community were arrested in downtown Portland for participating in an violent clash with the police. Allen Furst, ’69 wrote “I wasn’t planning to go to jail Tuesday night…But there were kids my own age on the ground who were about to be arrested for what I believed in, so I ditched my notebook and joined.” 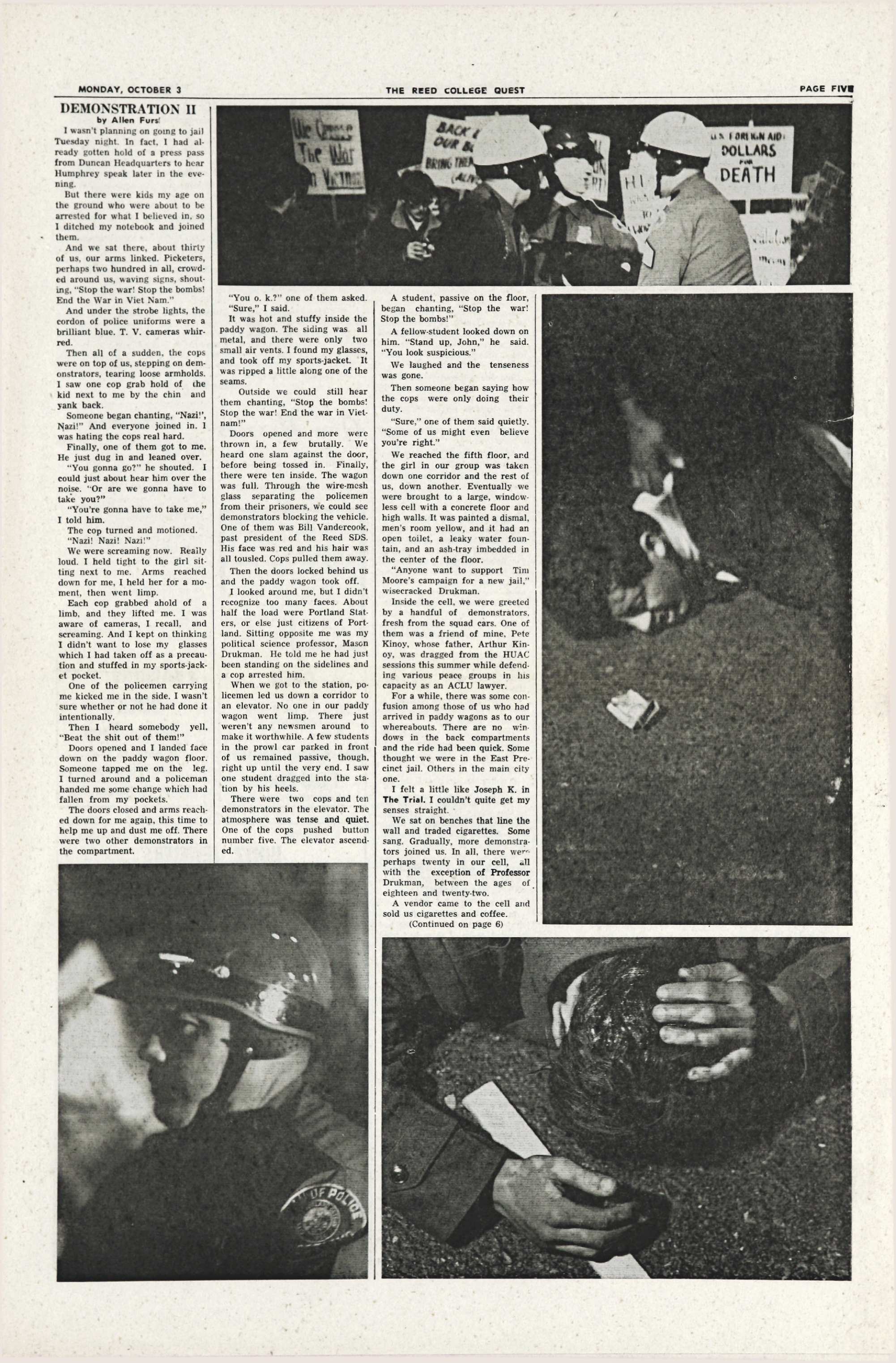 Furst, along with nineteen members of the Reed Community were among thirty-one persons arrested in Oct 1966 as a result of an off-campus protest for the Vietnam war. 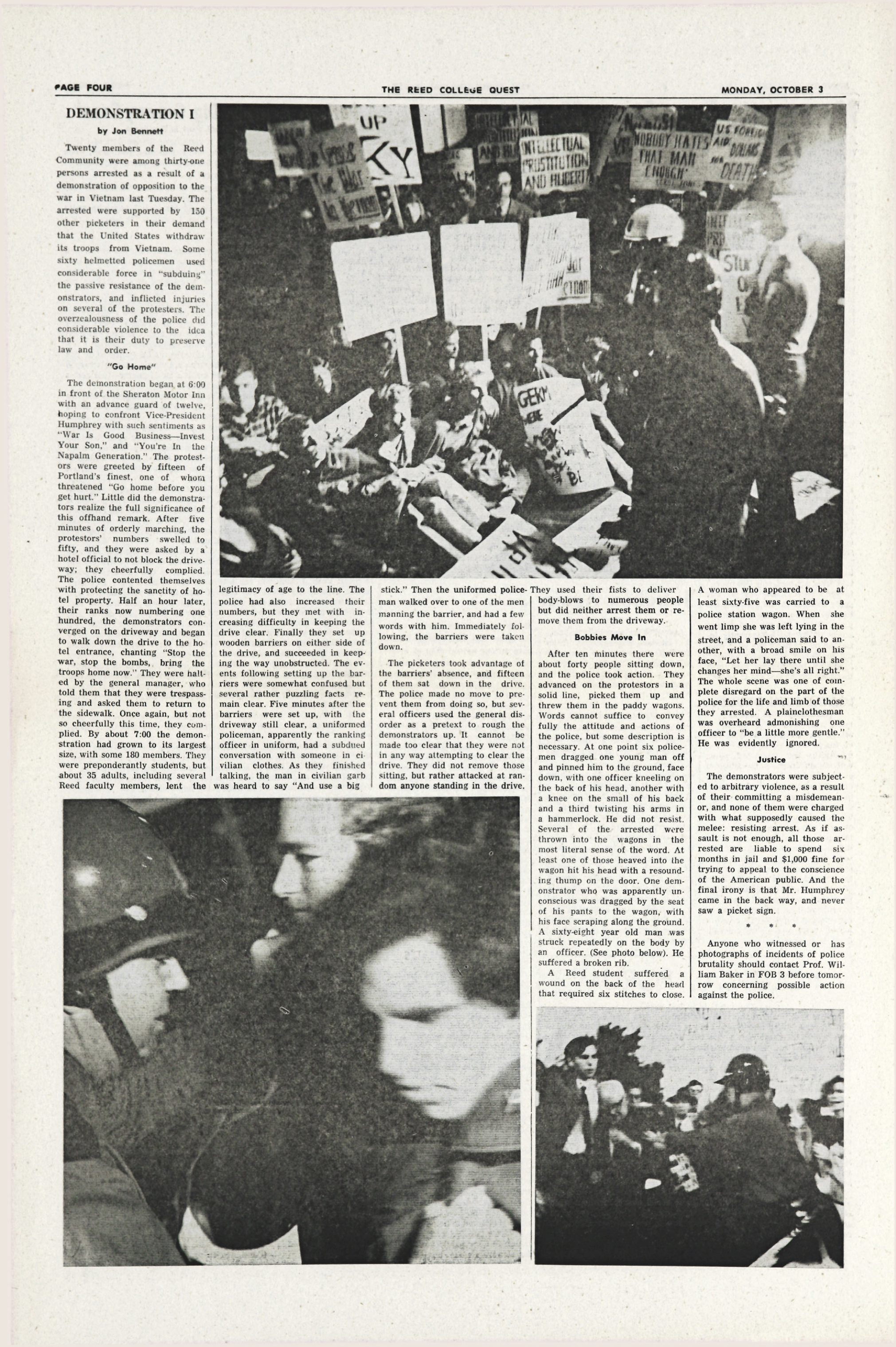 Others students engaged in non-violent protest. 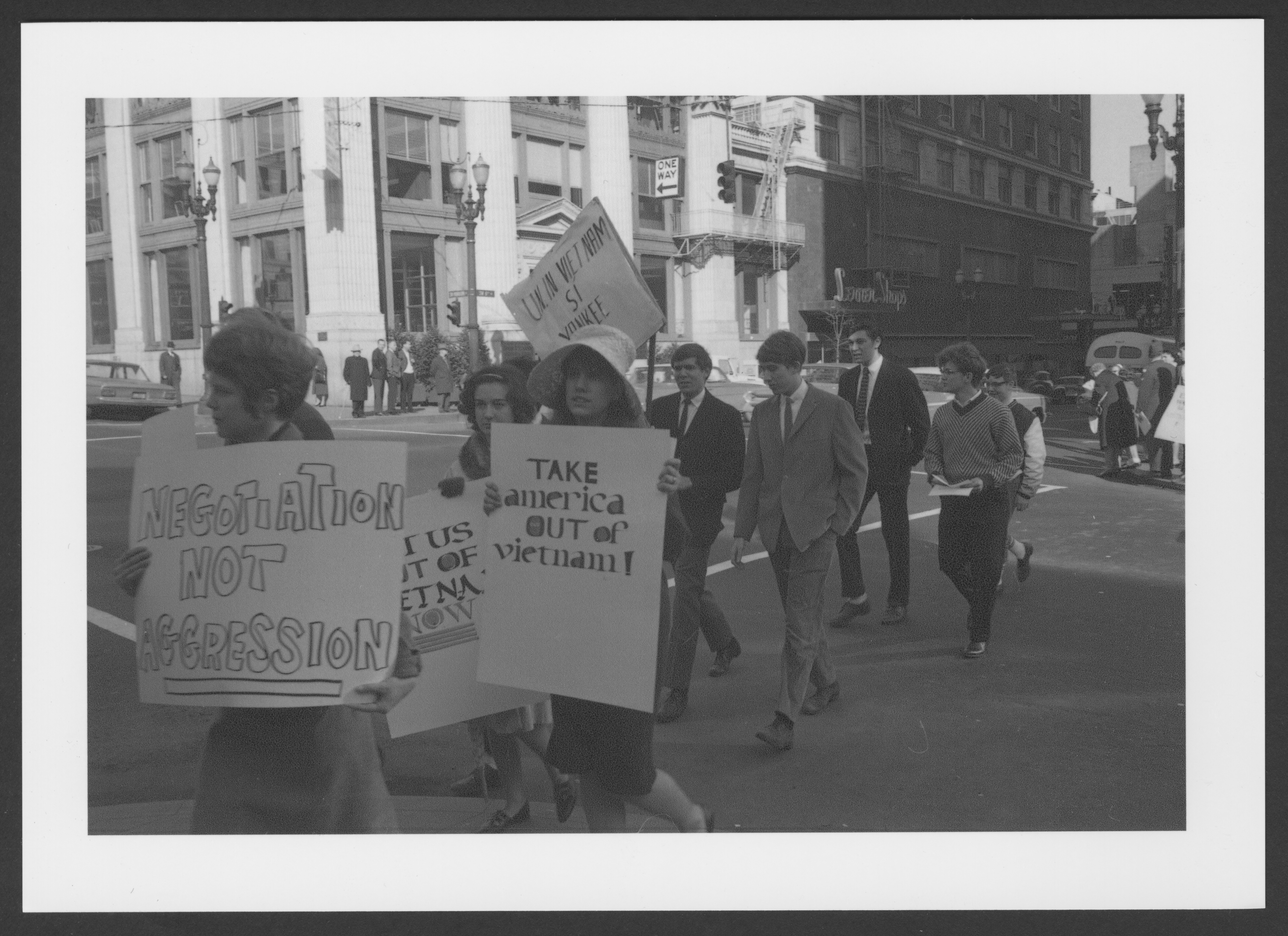 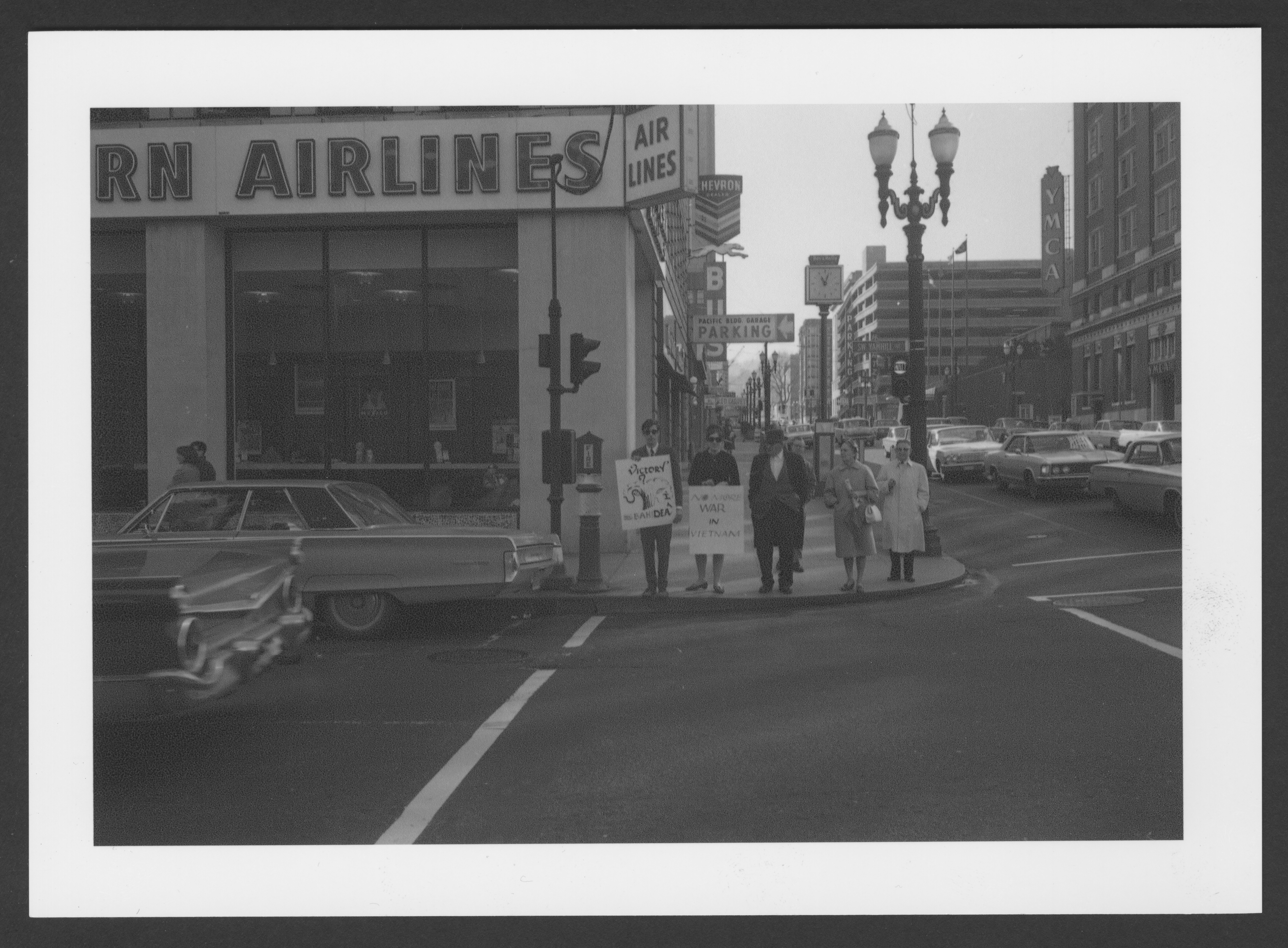 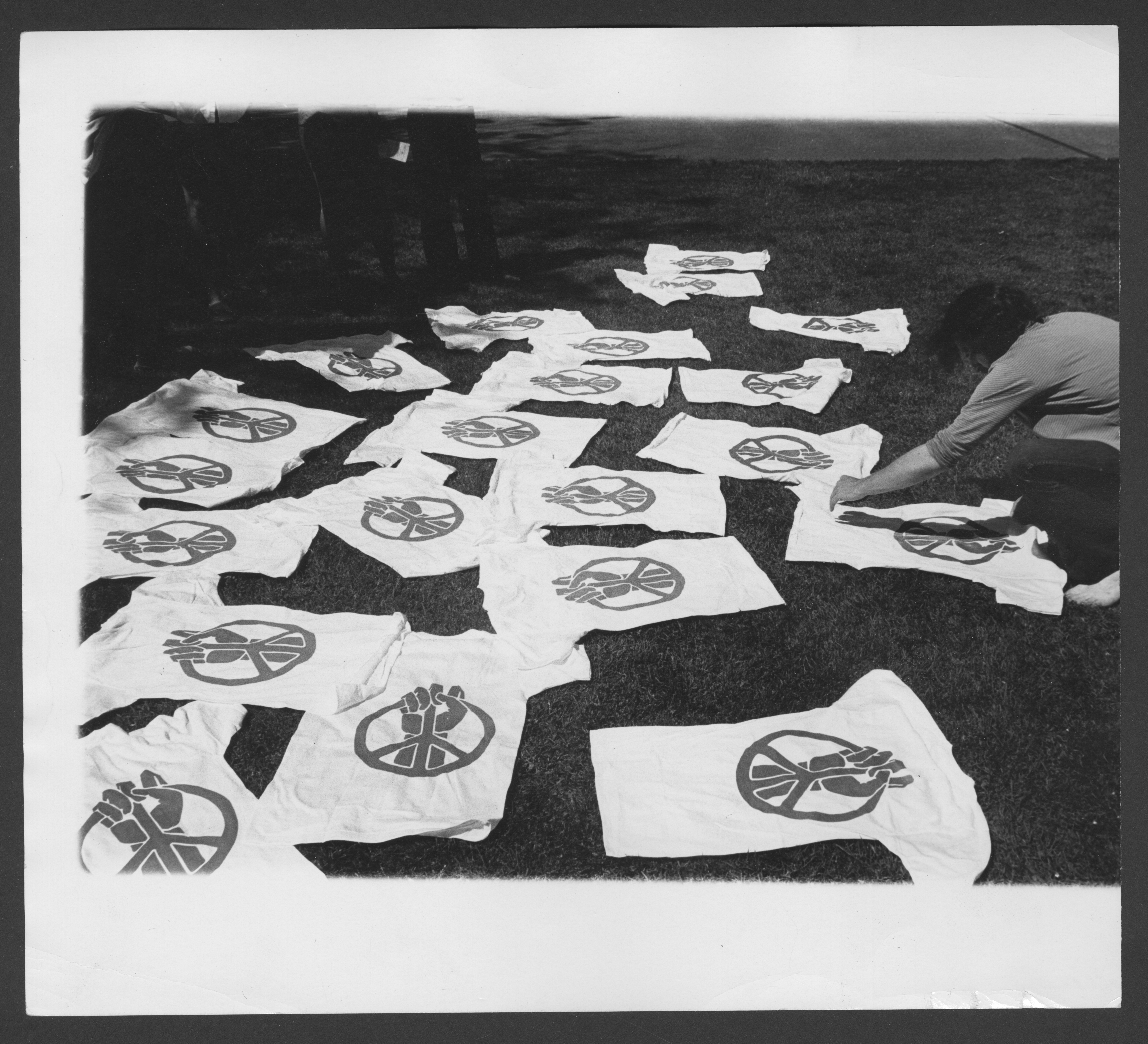 Reed students print shirts with the National Symbol of Strike, developed in spring of 1970 after the US invasion of Cambodia and the deaths at Kent State and Jackson State. Left and right Photo courtesy of Reed College Archives, photo box “Students/ General 1965-70s.” 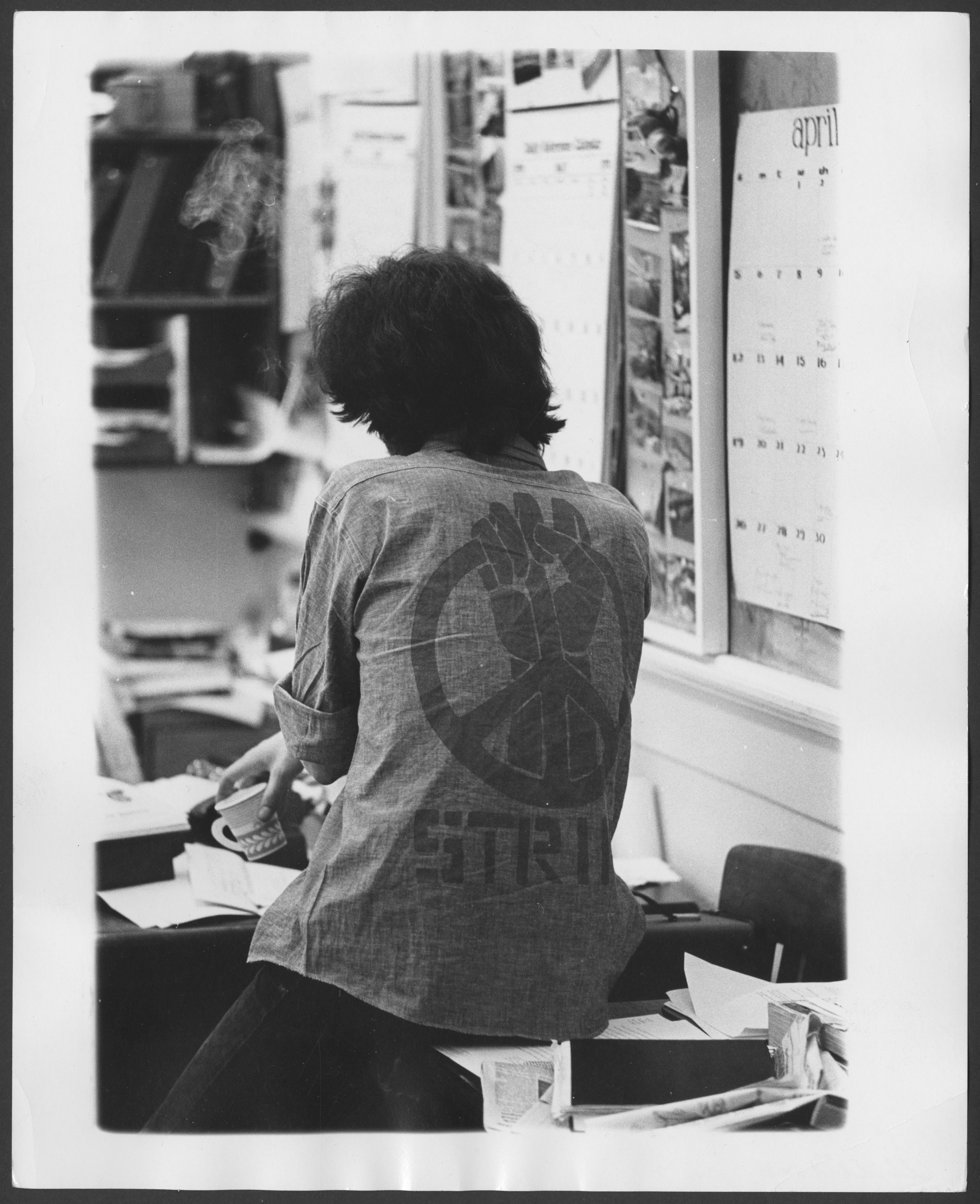